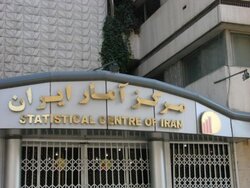 A review of the latest statistical data released by the Statistical Center of Iran (SCI) shows that Qom province with 38.5 percent and Tehran province with 39.1 percent recorded the lowest inflation rates in the twelve-month period ended on January 20.

The highest 12-month inflation rate is related to Kohgilouyeh-Boyerahmad province with 50 percent, according to the SCI’s statistics.

The Statistical Center of Iran (SCI) has put the average inflation rate in the twelve-month period ended on January 20, which marks the end of the tenth Iranian calendar month Dey, at 42.4 percent, falling one percent from the figure for the twelve-month ended to the ninth month.

SCI has put the country’s point-to-point inflation rate at 35.9 percent in the tenth month of this year, which means families have paid an average of 35.9 percent more for purchasing the same package of commodities and services in that month, compared to the same month in the previous year.
The point-to-point inflation rate has risen 0.7 percent in comparison to the figure for the preceding month.

In late November 2021, the head of Iran’s Budget and Planning and Budget Organization (PBO) had said, “Considering the recent data provided by the Statistical Center of Iran (SCI) the inflation is expected to be curbed in the next Iranian calendar year (begins in March 2022).”
“No money creation has taken place in the last three months, and a recent report by the Statistics

Center of Iran shows that inflation is declining, these are indications that the inflation could be curbed by the next year,” Masoud Mir-Kazemi said at the time.

Referring to the current economic problems, the PBO head stated: "The problem of people today is livelihood, business situation, household income, and inflation, and solving problems in these areas is one of the tasks of the Planning and Budget Organization. Over the three-month, since the 13th government took office, PBO’s priority has been economic stability to restore confidence in the economy.”