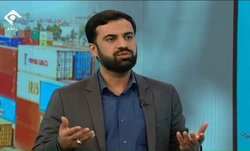 Head of Iran’s Trade Promotion Organization (TPO) Alireza Peyman-Pak has said comprehensive planning and focus on neighboring countries have been the main reasons for the significant increase in the country’s non-oil exports in the past nine months.

"One of the main issues that should be considered in export development is being program-oriented and having a strategy," Peyman-Pak told the national TV.
As reported by the TPO portal, the official noted that the government has set a goal for increasing the country’s non-oil exports to $75 billion by the Iranian calendar year 1404 (starts in March 2025), adding: "We have set the minimum increase in exports at $75 billion."

He mentioned the prioritization of export destinations based on the country's resources and said: "In recent years, the markets of Southeast Asia and Africa have been neglected considering all available opportunities, and now by prioritizing Africa, we have been able to increase the exports to this continent by 100 percent, but the number is still low.”

We recently dispatched a trade delegation to Russia which was the largest delegation exchange in the history of the two countries' relations, he added.
Referring to the $605-million positive trade balance of the country in the first three months of the current Iranian calendar year (March 21-June 21), the TPO head said: “This happened in a situation when we had economic reforms, the Ukraine war, and the Shanghai quarantine, and we were able to increase the trade balance.”