Annual tax income stands at over $12.7b 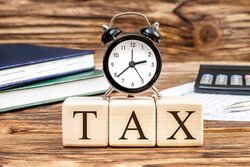 According to Manzour, the mentioned amount includes both direct and indirect taxes, Tasnim News Agency reported.

The official noted that over 50 percent of the country’s tax revenues are collected in Tehran and INTA is taking all the necessary measures to avoid tax evasions in this province.
He further noted that in the current year’s national budget bill, the government has estimated the country’s tax revenues to be 4.54 quadrillion rials (over $16.3 billion) of which 1.43 quadrillion rials (about $5.13 billion) have been collected in the first four months of the current calendar year (March 21-July 22).
Considering the above-mentioned figures, the target tax revenues for the said four months have been realized by 95 percent, according to the INTA head.