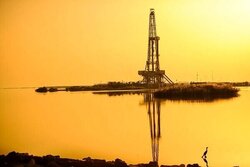 “The contractor for the construction and commissioning of the field’s wellhead facilities and flowlines has started the work on the project which has progressed about 10 percent so far,” Mousavi said.
According to the Petropars head, the first phase of the field’s development project is underway based on an Engineering, Procurement, Construction, and Commissioning (EPCC) contract with a domestic contractor.

The official noted that the said phase includes the implementation of 42 wells, as well as the construction of 29 kilometers of six-inch flowline and 126 kilometers of eight-inch line.
He said all the necessary equipment used in the project including HIPP and Wellhead Control Panel are going to be manufactured by domestic companies and Petropars is currently negotiating with some manufacturers in this regard.
Mousavi further noted that negotiations are also underway with domestic companies for cladding and coating of high-pressure pipes in this project, and emphasized that Petropars is determined to fulfill its commitment to the early production in this field.
South Azadegan is one of the five major oilfields Iran shares with Iraq in the western part of Iran’s Karoun region, known as the West Karoun fields.

West Karoun holds great importance for the country’s oil industry since according to the latest studies, its in-situ deposit is estimated to be 67 billion barrels containing both light and heavy crude oils, and therefore it could have a big impact on Iran’s oil output increases in the future.
Having an estimated 67 billion barrels of in-situ oil, West Karoun fields definitely deserve the spotlight which has been put on them recently.
National Iranian Oil Company (NIOC) has awarded the development of Azadegan oil field, including the South and North blocks, to a consortium of domestic companies.
NIOC Head Mohsen Khojasteh-Mehr said in December 2021 that the development project of the strategic Azadegan oil field will be completed by early Iranian calendar year 1402 (begins in March 2023).