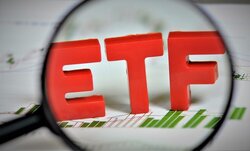 The head of Securities and Exchange Organization (SEO) said that amending the charter of the first and second exchange-traded funds (ETFs) is at the final stages.

According to Note 2 of the budget law of the past Iranian calendar year (ended on March 20, 2021), the government is allowed to offer and sell its remaining shares in the state-owned companies in the usual way or through the exchange-traded funds.
Following this legal capacity, at the beginning of the previous year, the cabinet allowed the Ministry of Finance and Economic Affairs to transfer the remaining government shares in the framework of three ETFs.

An ETF is an investment fund traded on stock exchanges, much like stocks. An ETF holds assets such as stocks, commodities, or bonds and generally operates with an arbitrage mechanism designed to keep it trading close to its net asset value, although deviations can occasionally occur.
In May 2020, the government sold shares in three banks and two insurance companies via the first exchange-traded fund (dubbed Dara First).
The bank-based ETF holds 17 percent of government stake in Tejarat Bank, 17 percent in Bank Mellat, 18.32 percent in Bank Saderat Iran, 17.34 percent in Alborz Insurance Company and 11.44 percent in Amin Reinsurance Company.

It had also a plan to divest shares in giant auto and metal companies through a third ETF (dubbed Dara Third). The third fund was expected to hold 12.05 percent of government stakes in the National Iranian Copper Industry Company, 17.2 percent in Mobarakeh Steel Company, 14.04 percent in Iran Khodro, and 23 percent in SAIPA (the two main domestic carmakers).