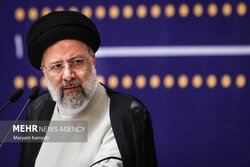 In a letter to President Ebrahim Raisi, heads of Iran's chambers of commerce, cooperatives and guilds have enumerated major obstacles to the development of production and non-oil exports and called on the government to set a single currency exchange rate to facilitate trade.

In the letter, published by Mehr News Agency on Saturday, the officials praised the government’s performance with regard to foreign trade policy over the past year and stressed the need for eliminating multi-rate currency in order to prevent corruption and facilitate trade.

Based on the mentioned letter, the heads of three major Iranian chambers emphasized the need for unifying the exchange rates in the mentioned platforms including Iran's domestic Forex Management Integrated System (locally known as NIMA) and Iran's Integrated Forex Market.

They further mentioned redundant administrative bureaucracies as another fundamental problem of the country’s economy that producers, exporters, and even importers of raw materials are currently facing.

“It is necessary for the government to pay special attention and take specific measures in accordance with each institution for removing redundant and burdensome laws,” the officials said in their correspondence with the president.

Another issue raised by the chambers was the fact that many government institutions are still reluctant to consult with the private sector and benefit from the suggestions offered for the improvement of the country’s business environment.

Providing working capital for production units was yet another subject raised as one of the problems of production and export units.

“After the implementation of the policy of removing subsidized currency exchange rates, and the inflation that occurred was entailed, the country’s manufacturing units and commercial enterprises have been facing serious problems regarding the costs of production and getting facilities from banks has also become more difficult,” they stressed in the letter.