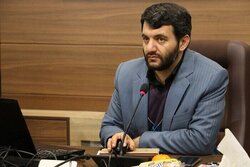 In a decree on Saturday, Abdolmaleki was tasked to take all the necessary measures for strengthening the position of the free trade zones in the country’s economy by making the zones more attractive for investors and by further supporting producers and exporters in these areas.

Facilitation of business and offering tax and customs exemptions, submission of a draft for amending the law on how to manage free zones, combating smuggling by establishing customs at the zones, and focusing on quality were also among the subjects emphasized by the economy minister in his decree.

Monitoring the performance of the country’s free zones with the aim of expanding exports and increasing economic ties with neighboring countries, encouraging investment and joint ventures, setting rules for dismissal and appointing qualified managers for zones, reforming the revenue system of regional organizations to reduce imports, strengthening centralized regional management and eliminating inconsistencies and reduction of deprivation in the regions where the zones lie are also some of the duties of the new secretary.

Abdolmaleki is replacing Saeed Mohammad who was in charge of the mentioned position since last September.

The establishment of free trade zones (FTZs) in Iran dates back to the Iranian calendar year 1368 (March 1989 - March 1990) following the fall in the country’s oil income in the preceding year which prompted the government to promote non-oil exports.

The development of existing free trade zones and the establishment of new FTZs has become one of the major economic approaches of the Iranian government.