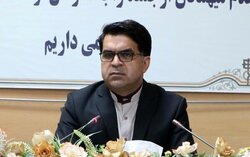 Based on the policies of the organization in facilitating the presence of Iranian companies, goods and services in target markets and based on the instructions for issuing licenses for establishing trade centers abroad, TPO has licensed the private sector to open trade centers in Uganda and the United Arab Emirates,” Piltan said. Noting that these centers will be established and operate under the supervision of the Trade Promotion Organization, he added: "According to the existing instructions, the trustees of these centers will have one year to provide the necessary facilities and infrastructure for establishing the centers and obtain the necessary licenses from this organization.”

According to the official, the mentioned trade centers are aimed to provide various services to Iranian companies and businesses such as consulting, marketing, legal services, registering the brand and logo of companies, advertising services, allocating exhibition and office space and holding business events, allocating warehouse, advising on banking services, assisting in concluding commercial contracts, transportation logistics services, insurance, and accommodation.

Iran has been pursuing a new strategy for expanding trade activities in new destination markets and also in the country’s major trade partners, and opening trade centers in such markets has been the main step in this regard.
Last week, Piltan had announced the opening of a trade center in Iraqi Kurdistan’s Sulaymaniyah region.

“The trade center and permanent exhibition of Iranian products and services will be opened and put into operation in the city of Sulaymaniyah in the Iraqi Kurdistan region in the near future, in line with the plans of the Trade Promotion Organization to facilitate the entry of Iranian companies and goods into the Iraqi market,” he said.

“This center has been established by the Trade Promotion Organization of Iran in collaboration with the Iran National Innovation Fund (INIF),” the official added.