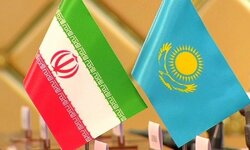 The meeting will be held in the framework of Iran-Kazakhstan economic cooperation in the fields of trade, agriculture, transportation, energy, investment, as well as technical, and cultural cooperation.

Iran’s Agriculture Minister Javad Sadati-Nejad will be the Iranian chairman of the meeting.

A high ranking Kazakh delegation, accompanying with the managing directors of the country’s 25 top private companies active in different areas will attend the mentioned meeting.

The 16th meeting of Iran-Kazakhstan Joint Economic Committee had been held in Kazakhstan capital Nur-Sultan in October 2019, in which the two sides inked an economic cooperation document.

In mid-October 2021, Tehran had also hosted an Iran-Kazakhstan business forum during which the two sides stressed the need for removing visa issuance and transportation obstacles, to realize a $6-billion annual trade target.

The business forum was attended by senior officials from both sides including the Head of Iran Chamber of Commerce, Industries, Mines and Agriculture (ICCIMA) Gholam Hossein Shafeie, Kairat Torebayev, Kazakhstan’s vice minister of trade and integration, Kazakh Ambassador to Tehran Askhat Orazbay, and ICCIMA Deputy Head Mohammadreza Karbasi, as well as the head of Iranian chambers of commerce and businessmen from the two sides.

As reported by ICCIMA portal, members of the Iran-Kazakhstan Joint Chamber of Commerce, representatives of the Islamic Republic of Iran Railways (RAI), the Trade Promotion Organization (TPO), and the Agriculture Ministry were also present at the event.

Speaking in the meeting, Shafeie underlined the two countries common cultural and religious backgrounds and said: “Our relations with neighboring countries have a special priority for the government, and Kazakhstan, as one of the largest countries in Central Asia, has an important place for us in Iran's foreign policy.”

“In the last two years, despite the coronavirus pandemic the borders of the two countries were never closed and commercial goods were exchanged through water borders,” Shafeie added.

He stressed that given the resources and capabilities of the two countries in various fields such as oil, gas, and shipping in the Caspian Sea, petrochemicals, agriculture, metals, minerals and chemicals, animal husbandry, construction materials, and technical services and engineering, bilateral relation with the Republic of Kazakhstan has special significance for Iran.

“Especially given the active presence of Kazakhstan in global interactions, as well as its membership in the Eurasian Economic Union (EAEU) and the Shanghai Agreement, the potential for the development of trade relations between the two countries is more than before,” the official said.

Further in the forum, Orazbay stated that holding this event on the eve of the 30th anniversary of Kazakhstan's independence is of special importance for the country, adding: “Kazakhstan is not only the largest country in Central Asia but also the largest economy among them. At present, Kazakhstan is one of the 50 most developed countries in the world, and with the plans made, we want to become one of the top 30 countries in the world in the future.”

Torebayev for his part noted that Iran and Kazakhstan have always had friendly social, cultural, and political relations and are close to each other.

“The possibility of communication by rail, sea, and air between the two countries has brought their relations closer together,” he stressed.