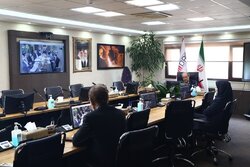 Head of Iranian Mines and Mining Industries Development and Renovation Organization (IMIDRO) Vajihollah Jafari said his organization, which is in charge of a program for reviving idle small mines across the country, has defined 30 investment packages for continuing the implementation of the program in the current Iranian calendar year (started on March 21).

Speaking in a meeting for reviewing the progress of the program in the previous year and planning for the current year, Jafari said after the complete monitoring of idle and semi-active mines throughout the country 850 mines have been identified this year and 30 investment packages have been defined to be offered in 19 provinces in this regard.

As reported by the IMIDRO portal, Jafari noted that the priority for the allocation of the mentioned packages is to implement infrastructure projects that would help revive several mines together.
As such infrastructure projects progress, it is necessary to measure their effectiveness in reviving the country’s idle mines, he added.

According to the official, some 453 idle mines were activated under the framework of the program for reviving small and medium-sized mines in the previous Iranian calendar year, which created 3,500 jobs.
Jafari further noted that since the beginning of the program in 2019, over 852 mines have been revived and 13,800 jobs have been created, which has led to a 33-million-ton increase in the country’s mineral production.

The Industry Mining and Trade Ministry’s program for reviving small mines across the country was launched in late March 2019.
The most important goal of this program is to activate the country's mines, which will result in increased production and employment, especially in deprived areas.
Back in December 2021, Reza Azimi, who directs the ministry’s program for reviving and developing small mines, had mentioned concluding 37 memorandums of understanding (MOU) for investment, and scientific-research cooperation with knowledge-based companies, as well as the introduction of 124 projects to Mining Investment Insurance Corporation for receiving facilities, and the support and coaching of knowledge-based companies and startups as other measures taken under the framework of the mentioned program.

Following the implementation of the mentioned program, so far various small-scale mines including chromite, manganese, hematite, dolomite, iron ore, copper, and construction stone mines have been surveyed by monitoring and diagnosing the problems of the mines and providing solutions for resolving their issues.