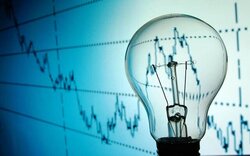 Daily electricity consumption in Iran stood at 45,333 megawatts (45.333 gigawatts) on Friday, indicating a decrease of 3,573 MW compared to the figure for the same date in the previous year, IRNA reported.

The significant decrease in the country’s electricity demand shows that the government’s consumption management programs which include incentive packages for low-consuming subscribers and applying penalty charges for high consumers have paid off.
Based on the Iran Grid Management Company (IGMC) data, the country’s electricity consumption on the same date last year was reported to be 48,905 MW.

As reported, Iranian Energy Minister Ali-Akbar Mehrabian has earlier said that the government is considering new incentives for low-consuming electricity subscribers following the implementation of the said programs in the current Iranian calendar year (started on March 21).
Over the past decade, constant temperature rising and the significant decrease in rainfalls across Iran have put the country in a hard situation regarding electricity supply during peak consumption periods.
In recent years, however, new deteriorating factors like severe drought and the decline in the country’s water resources as well as a new wave of illegal cryptocurrency mining across the country have also worsened the situation.

The ministry had also applied a 33-percent increase in electricity prices for high-consuming subscribers who would not reduce their consumption.
legal cryptocurrency miners to go off in peak demand period
To manage the peak consumption period in the current year, Energy Ministry plans to cut off the electricity supply to the country’s legally operational cryptocurrency mining units if necessary.

According to IGMC Head Mostafa Rajabi-Mashhadi, currently, there are 118,000 cryptocurrency mining units active across the country, which consume 200 MW of electricity.
“With the peak electricity consumption period approaching, in case of a significant increase in electricity demand, the power to these centers will be cut off to maintain the stability of the electricity network,” Rajabi-Mashhadi said.

He noted that, so far, numerous illegal cryptocurrency mining units have been detected across the country and cut off from the power grid. These units were consuming 974 million kilowatt-hours of electricity.