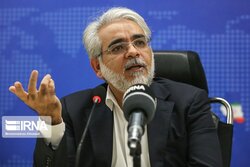 Hossein Qorbanzadeh, head of the Iranian Privatization Organization (IPO), has said in order to get better outcomes from the privatization programs, the government must diversify methods for handing over state-owned companies to the private sector.

Speaking to IRNA on Friday, Qorbanzadeh said the previous government did not pay enough attention to reforming the structure of previously implemented privatization programs, and the companies were not also properly prepared for the transfer.
The official noted that IPO is currently considering 35 government-owned companies for privatization for which the necessary considerations will be made.

“In the last decade, more than 900 companies have been handed over to the private sector; and although some have not performed well, most of them have been very successful,” he said.
“The capital market is the best proof for this fact; companies such as steel, copper, and petrochemicals which belonged to the government [and were handed over to the private sector] have been among the most profitable companies,” the IPO head added.
According to Qorbanzadeh; the status of privatized companies should be examined case by case and component by component.

“What we need to do now is to entrust unprofitable companies that are managed in an unfavorable way to capable managers and then when the entity reaches a stage of efficiency and productivity, increase the role of the private sector in the management,” he explained.
The head of the privatization organization further noted that the government cannot be indifferent to the companies that have been handed over to the private sector; Rather, these entities should be carefully watched over in the direction they will move in the future.

Elsewhere in his remarks, Qorbanzadeh said that based on the national budget bill for the current Iranian calendar year (started on March 21), the government is expected to gain 710 trillion rials (about $2.5 billion) from selling assets directly, while 1.3 quadrillion rials (about $4.65 billion) is going to be gained from transferring shares to various organizations.