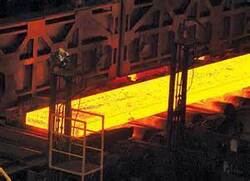 According to the report of Public Relations of IMIDRO, Global crude steel production during the first 10 months of current year stood at 1billion and 607.1 Mt, registering a %5.9 growth compared with the corresponding period of the last year, WSA reported.

Also, World Steel Association report shows that Iran’s steel output during the first ten months of the current year stood at 22.4 Mt, indicating a %5.7 decrease compared with the same period of the year before. Meanwhile, steel output of Iran during October 2021 were 2.2 Mt, down 15.3 percent YOY.