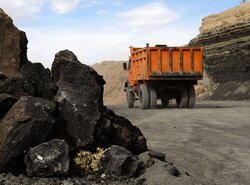 Based on the mentioned data, 130 licenses were also issued for the operation of new mines during the fall, which shows a 5.7 percent increase compared to the summer in which 123 licenses had been issued, IRNA reported.

According to the Iranian Mines and Mining Industries Development and Renovation Organization (IMIDRO), a total of 797 mining exploration licenses were issued from the beginning of the current Iranian calendar year (March 21, 2021) up to the end of the year’s third quarter.

The number of issued licenses in the mentioned nine months increased by 13.9 percent compared to the previous year’s same time span.

Also, in the first nine months of the current year, 355 discovery certificates and 380 operation licenses were issued, which indicates decreases of 3.5 percent and 17.7 percent, respectively.

Expenses for exploration operations, however, increased by 294 percent in the mentioned nine months compared to the figure for the previous year’s same period; accordingly, the cost of exploration operations in the mentioned nine months was 3.593 trillion rials (about $13.87 million) while the figure was 911 billion rials (about $3.5 million) in the previous year’s nine-month period.

In the past few years with new resilient economy strategies coming into play, the mining sector has become a major point of focus for the Iranian government and various organizations and bodies active in this sector have been tasked to implement new programs for boosting this sector.

As a major state-owned holding company active in the mining sector in the country, IMIDRO has been playing a significant part in the mentioned planning.

The organization has been implementing several new programs in all the main fields of the mining industry including exploration, machinery development, extraction and also reviving the country’s idle mines.

According to the IMIDRO head, the organization has put the development of mines and mining industries on the agenda with three main strategies: increasing exploration operations, developing infrastructure, and reviving the country’s idle small-scale mines.