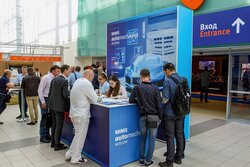 Representatives of 21 Iranian companies are going to showcase over 99 automobile parts and equipment at MIMS Automobility Moscow 2022 which is due to be held during August 22-25, an official with the state-run Iran Khodro Company (IKCO) announced.

According to Amir-Abbas Farnoudi, since the Russian auto industry has been sanctioned by the west, this exhibition is a great opportunity for Iranian auto parts manufacturers to introduce their capacities and capabilities to the Russian market, IRIB reported.

He noted that the main goal of attending the mentioned exhibition is to form long-term cooperation with Russian car and auto parts manufacturers and added: “companies were selected to participate in this exhibition that have the necessary technology for producing auto parts or to offer up-to-date technical engineering services so that they can operate directly in the Russian market.”
According to Farnoudi, IKCO has also showcased one of the latest automobiles manufactured by the company called Tara in this exhibition in order to test the taste of Russian consumers.

“Iran Khodro's goal to re-enter the Russian market is completely strategic and planned,” he said.
“Russia is the fifth largest car consumption market in the world and is one of the most attractive markets, with complexity and intense competition in the region, for this reason, for the last two years, studies, planning, and negotiations have been carried out for Iran Khodro to re-enter this market. And we are in the process of reaching good agreements, which will be announced as soon as the results are obtained,” the official added.
MIMS Automobility Moscow 2022 is an international trade fair for automotive production, aftermarket, and service Industry.