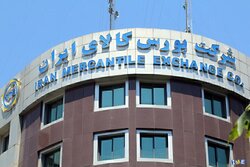 The value of trades at Iran Mercantile Exchange (IME) rose 102 percent, and the volume of trades at the exchange increased 128 percent in the past Iranian calendar year 1400 (ended on March 20), which was the highest level of growth in the history of the exchange since its establishment.

Trade of mining companies' shares at stock market up 71%