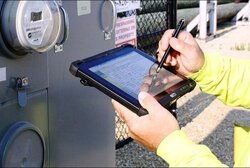 Considering the significant temperature rise in recent days and the forecasts for the continuation of this trend in the coming weeks, daily electricity consumption in Iran is expected to exceed 68,000 megawatts (MW), Energy Ministry's Spokesman for Electricity Industry Mostafa Rajabi Mashhadi has said.

According to Rajabi Mashhadi, the average temperature will reach 41.2 degrees by Thursday, and this rise in temperature is expected to increase the energy demand from the current 66,500 MW to over 68,000 MW.

“In most parts of the country, rising temperatures will create difficult conditions for electricity supply; We hope to continue supplying electricity uninterruptedly like the past two weeks with the help and cooperation of the people,” IRNA quoted Rajabi Mashhadi as saying on Sunday.

The official noted that last week the electricity consumption in the country reached a record high of 63,825 MW, which was 5.23 percent more than the previous year’s same week.
Emphasizing the cooperation between the Energy Ministry and the country’s industrial and agriculture sectors for managing the electricity consumption, the official said: “All power consumption management programs must be fully observed and implemented, and if these programs are implemented accurately, we can save about 800 MW of electricity over the next two weeks.”

Over the past decade, constant temperature rising and the significant decrease in rainfalls across Iran have put the country in a hard situation regarding electricity supply during peak consumption periods.
In the past two years, however, new deteriorating factors like severe drought and the decline in the country’s water resources as well as a new wave of illegal cryptocurrency mining across the country have also worsened the situation.

Iran's Power Generation, Distribution, and Transmission Company (known as Tavanir) has previously announced that the company is implementing a variety of programs for managing the situation and preventing blackouts in the country.

Over 10m subscribers covered by free electricity program since late May