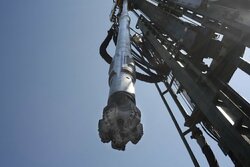 National Iranian Drilling Company (NIDC) dug and completed the digging operation of 26 oil and gas wells during the first three months of the current Iranian calendar year (March 21-June 21), an official with the company said.

The company managed to dig and complete 75 oil and gas wells in the past Iranian calendar year 1400 (ended on March 20).
According to the company data, 56 of the mentioned wells were drilled in the operational zone of the NISOC, 10 wells were drilled in the fields under the supervision of the IOOC, three in the fields under the operation of the Petroleum Engineering and Development Company (PEDEC), one in the field under the supervisor of Iranian Central Oil Fields Company (ICOFC), three wells in the framework of project and two in the operational zone of the drilling management department of National Iranian Oil company.

Some 76,125 meters of drilling were conducted for drilling the mentioned wells.
Considering the National Iranian Oil Company’s strategies for strengthening the presence of domestic companies in the development of the country’s oil fields, NIDC, as a major subsidiary of the company, has been supporting such companies by lending them drilling rigs and other necessary equipment.